Come Together … for Peace

Previous Next
Come Together … for Peace

By Rev. Craig Pederson, Assistant to the Bishop

The Prayer Vigil and March held at Luther Seminary last July to remember Philando Castile – the black man who was shot by police at a roadside stop – was a powerful and poignant event for the hundreds of people who attended. This memorial service came just a few months after the police killing of Jamar Clark and the demonstrations at the 4th Precinct headquarters in Minneapolis, and coincided with the horrific attack in Dallas that took the lives of five Dallas policemen.

Gun violence and tensions between police and the community seemed to be increasing.  In response, people of faith were compelled to do something about it – even if the “something” was not clearly known. Trusting that the Spirit would intercede where sighs were too deep for words, the Prayer Vigil and March brought together Lutherans and ecumenical partners to declare words of lament, outrage, commitment, and hope. 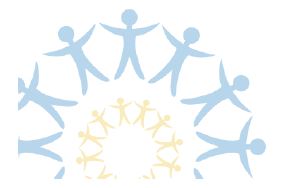 As summer moved into fall, a welcome reprieve from high profile shootings uneasily settled in. But in the everyday lives of people in communities such as North Minneapolis where gun violence persists, there was no reprieve. A further response was called for. Leaders from Lutheran Social Service, the Minneapolis and St. Paul Area Synods, Luther Seminary, and a number of congregations envisioned regular prayer gatherings where lament, outrage, commitment, and hope would be hosted in communities where they were most needed.

MONTHLY PRAYER SERVICES called “Come Together Peace Gatherings” have been the result. These services take place one Sunday afternoon a month from 4-5:30pm. They are led by a rotating group of ecumenical leaders who weave together elements of music, testimonies, spoken word, prayer, and dialogue. They create experiences that move from darkness to light, from despair to hope, and from lamentation to celebration. They rely on the conviction that, through Christ, all things are possible!

I attended the most recent “Come Together” service last Sunday afternoon. It was another richly diverse gathering with incredible music and honest dialogue about the challenges faced in our communities.

While it was held at one of our synod churches (Diamond Lake Lutheran), I recognized very few people there – which has been my experience with past services as well. And I consider that a good thing! Why? Because it causes me to broaden the circle of those with whom I pray and talk about the urgency of reducing gun violence and establishing peace in our neighborhoods.

The prayer gatherings create experiences that move from darkness to light, from despair to hope, and from lamentation to celebration.

Now, I know after a full Sunday morning of worship and activities in your own church, Sunday afternoon can be a tough time to get back out of the house. But your efforts will be rewarded, and you will be blessed by the inspiration and commitment of those who “Come Together!”

The next Come Together Peace Service is Sunday, April 9, at 4pm at St. Bridget’s Catholic Church, 3811 Emerson Ave N, Minneapolis. This service will feature drumming prayers of Native Americans.

UPDATED 3/16/17: An earlier version of this blog said that Philando Castile was an “unarmed black man who was shot by police at a roadside stop.” The updated version acknowledges that Castile was a registered gun carrier who informed officers of his registration.

Craig Pederson says: “My thanks to Pastor Dan Carlson for graciously bringing this misstatement to my attention. Dan has been a public safety chaplain with police, fire, and EMS workers for ten years, and he is very willing to be a resource to congregations who are seeking a better understanding of these issues.  He can be reached at dan.carlson@publicsafetyministries.org or 612-554-4405.”

UPDATED 3/17/17: A second version of this blog included the phrase “even after informing them at the beginning of the stop that he was registered to carry a firearm” in the first paragraph. That phrase has subsequently been deleted.