Previous Next
I like you just the way you are

Yesterday, a friend and I went to see the In the Heart of the Beast Puppet Theater production of “Make Believe Neighborhood.” It’s a masterful mash-up of the story of the radical Christian, Mr. Rogers, with vignettes of people who are making the Phillips neighborhood more, well, neighborly. That includes Pastors Luisa and Patrick Cabello Hansel of St. Paul’s Lutheran Church.

Patrick and Luisa puppets (with the Patrick puppet wearing a plaid knit vest just like the real Patrick) made art and planted seeds and, in so doing, created more love in the neighborhood. That’s pretty cool, huh? The production showed what can happen when neighbors say, “I like you just the way you are,” across race, language, and culture in the most diverse neighborhood in Minneapolis.

I think that being a Christian community that’s following the way of Jesus is an act of resistance — especially in a time when powers and principalities want us to be divided and scared.

During the big snow storm a couple of weeks back, Pastor Kelly Chatman was sitting in the coffee and bike shop operated by the congregation’s non-profit.  It was near the end of the day.  The snow continued to come down hard and cars were getting stuck in the snow. Suddenly, he heard the manager of the bike shop yell, “Community!” The employees immediately ran outside, the manager picked up a shovel, and a team of young adults ran across the street. He watched as they came to the rescue of a woman whose car had become stuck in the snow.

AT FIRST LUTHERAN in Columbia Heights, a young father is preparing for his infant’s baptism. Because he feels safe in that community, he told Pastor Bonnie Wilcox, “You know, I don’t think I was ever baptized. Do you think I could get baptized, too?” 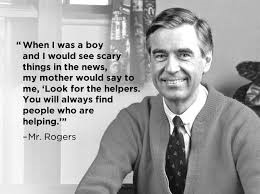 At Cross of Peace in Shakopee, a father who is an awesome confirmation leader also experiences church as a place where people “like him just the way he is.” And so, he was able to tell his congregation at the annual meeting that he never was confirmed and wants to say yes to his own baptism — even as he helps prepare teenagers to do the same thing.

I think that being a Christian community that’s following the way of Jesus is an act of resistance — especially in a time when powers and principalities want us to be divided and scared. I know that there are a lot more stories in our synod about the power of community and how that can change neighborhoods — and people. I thank God for all the ways you make your neighborhood more, well, neighborly. It matters so very much.