Between a Rock and a Healing Place

Previous Next
Between a Rock and a Healing Place

Early in the 20th century, photographer Henri Cartier-Bresson complained, “The world is going to pieces and people like [Ansel] Adams and [Edward] Weston are photographing rocks!” In a desperate retort, Adams replied that a rock was more socially significant than a line of the unemployed. Now that’s a bit far perhaps, but I think there’s something in this claim worth exploring – that rocks, in fact, have a lot to say.

Why and how might rocks be socially significant? If we stop and start to dig into it, we find that rocks are a part of a whole lot of systems – narrative systems of history, story, and place, as well as concrete ecological systems, the literal making and un-making of the landscape and the patterns of the life it holds. As we start to draw these circles of systems that hold these rocks together in their function and meaning, we start to situate ourselves in these same systems.

Siting in the fireside room at Holden Village, I can point these out from my vantage point in the Cascade Range. This valley was formed by glaciers tearing through rocks, sending them tumbling against one another. Deep gullies between peaks became places waters pooled and ran as glaciers melted, designating the many tributaries and flows of the watershed.

The buildings of the Holden Village itself are the vestiges of a mining operation, an extractive process that placed the value of the mineral resource above all else, leaving behind the powdered rock of tailings as a scar on the landscape. These same rocks are pieces of the lost homeland of the Chelan Tribe, tied to the violence and ugly threats that wrested the land from that community.

These systems we trace in the rocks are not apart from us; we are deeply embedded in them. 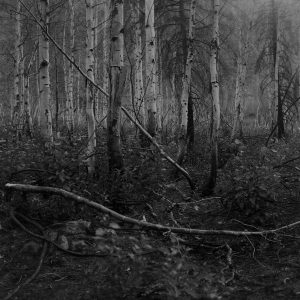 STILL, CARTIER-BRESSON’s critique – “the world is going to pieces and people like [Ansel] Adams and [Edward] Weston are photographing rocks!” – hits me in the gut pretty hard; I can’t lie. I mean, here I’m taking a leave of absence from the environmental justice organizing that I deeply care about and believe to be the most effective means for change in order to gallivant off in the mountains photographing the landscape.

Now bear with me, but at risk of self-justification, I do think there is something to be said for creating art that can unpack and support this risky and hard business of social change. Sharing some of my images with the community this summer has reassured me of this.

“As we unpack the photograph visually, we name the tensions and layers, the joys and traumas held in the land, and how they relate to our lives.”

One image in particular, Still, has been a beautiful springboard for conversation about land history, justice, and place. When I put the photograph up on the screen and start by just asking people what they see, the room fills with comments about tension and feeling unsettled, even as the image itself is simple and quiet. They notice the scars, the movement and death of the two trees offset, the abruptness and separation created by the lines, and the sunlight filtering through the branches. As we unpack the photograph visually, we name the tensions and layers, the joys and traumas held in the land, and how they relate to our lives.

I think the rub we find in Cartier-Bresson’s complaint is that photographs do their job when they stir us out of our comfort, confronting us with a truth that somehow alters us or motivates us to live differently. My deep hope is that we might look at rocks, land photographs, and even the wild edges of our own street corners and backyards in ways that help us better trace and tell our histories and systems, so that our actions might be ones not of destruction, but of healing.

Footnote: Author Emilie Bouvier says, “I’m indebted to the scholarship of Lucy Lippard for her reference of the Cartier-Bresson and Adams quotes in her book Undermining: A wild ride through land use, politics, and art in the changing West, to which I owe many broader insights have supported my own thinking as well.”