The Summer Youth Program: Learning about the gospel in a time of ‘not learning’

Previous Next
The Summer Youth Program: Learning about the gospel in a time of ‘not learning’

When schools close their doors for the summer, churches open theirs: the warm weather and break from school provide the perfect space for congregations to focus their energy on youth programming. Financial barriers, however, can prevent churches from putting on a youth event. 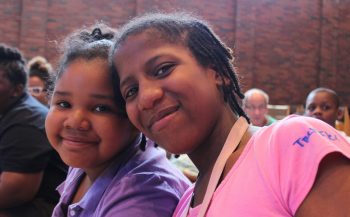 The Minnesota Swahili Christian Congregation has received these grants for the last several years. For Emma Kasiga, this congregation’s summer youth program has a deep significance: “Not only do kids get to learn about faith, but they get to learn about it in a culturally specific environment.”

“This initiative emerged out of the desire to find a way to support the work that urban congregations were already doing for their youth during the summers.”

The Swahili Congregation’s summer program provides a different way for children born in the United States to connect on a cultural level with their Tanzanian-born parents. Throughout the summer, the kids work on learning Bible verses in Swahili to recite in front of the other children. This practice gives them a chance to work on speaking Swahili with their parents at home. When the children are reciting the Bible verses, they begin by introducing themselves in Swahili. “That’s a very Tanzanian thing to do,” explained Kasiga.

The summer youth program at the Swahili Congregation culminates in St. Michael’s Day in the early fall. “The kids take over the church and lead the service. They do the opening; they do the readings, the preaching,” says Kasiga. “[St. Michael’s Day] is a big deal in Tanzania.” 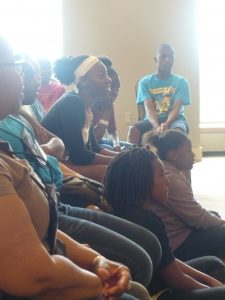 Fields says, “[The value of these programs] is huge. From my experience at Redeemer, the summer youth programs provide community, a safe place to be, healthy meals, and caring adults when school is not in session.”

Fields says her favorite summer youth program she worked with was a collaborative Vacation Bible School with St. Olaf College and Augsburg University. Through this program, middle schoolers were able to spend some time on both college campuses. The hope was that experiencing what a college campus feels like would encourage the young students to start thinking about going college early: “By being on the campuses, the kids were able to see themselves at a college someday,” Fields said.

“The summer youth program at the Swahili Congregation culminates in St. Michael’s Day in the early fall. ‘The kids take over the church and lead the service’ explains Emma Kasiga.”

David Scherer, a musician who performs under the stage name AGAPE, has spent several summers performing at summer youth programs at various churches. He’s been able to watch many kids grow and has seen the impact of these programs over time. “I have connected with youth over the years that are now older that have been shaped by the summer programs,” he explains. “Some of the leadership development provided by the summer programs have helped their own sense of call in the world.”

Scherer emphasizes the power summer youth programs has to teach kids in ways they don’t learn in school. He says, “The fact that youth are being exposed to things like peacemaking, environmental justice, racial justice, discipleship, all during the summer when they are supposed to be ‘not learning’ is a beautiful thing.”

THE MINNEAPOLIS AREA SYNOD HAS supported summer youth programming in urban congregations for nearly 40 years. This initiative emerged out of the desire to find a way to support the work that urban congregations were already doing for their youth during the summers. The Rev. John Hulden, assistant to the bishop in the synod office, explained that the synod recognized that there were many churches within its bounds that were in the vicinity of a lot of young children that didn’t have the enough funding to fully put on a summer program. Leaders in the synod wanted to find a way to supplement the youth funding that congregations in the city had. 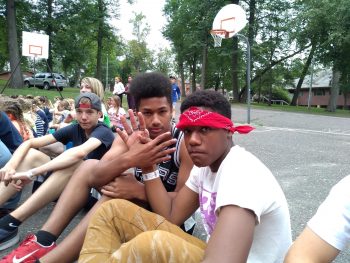 The way in which the money was raised changed a few years ago when it was decided that a portion of the synod budget was set aside to be used as grants for the summer youth programs. This summer eight grants were awarded to 20 congregations.

“David Scherer emphasizes the power summer youth programs has to teach kids in ways they don’t learn in school.”

The grant model allows the churches to decide what their specific programs look like. Some churches choose to do a week-long VBS once during the summer while others find that day-long programs throughout the summer works best for their congregation. Some congregations choose to work together and apply for a collaborative grant. Fields explains, “Every church figures out what works in their context; there’s a general support that you know your context and can work with it.”

At the root of the summer youth programs is community: congregational community, neighborhood community, and synod community. Kasiga says, “I think these are great ways to build a community of faith, a community of believers.” Looking at the programs from a synod perspective, Hulden adds: “It’s a great snapshot of what a synod can do, not a synod office, but a synod as in congregations and people in a certain region: They pool some resources to do something they can do better together.”